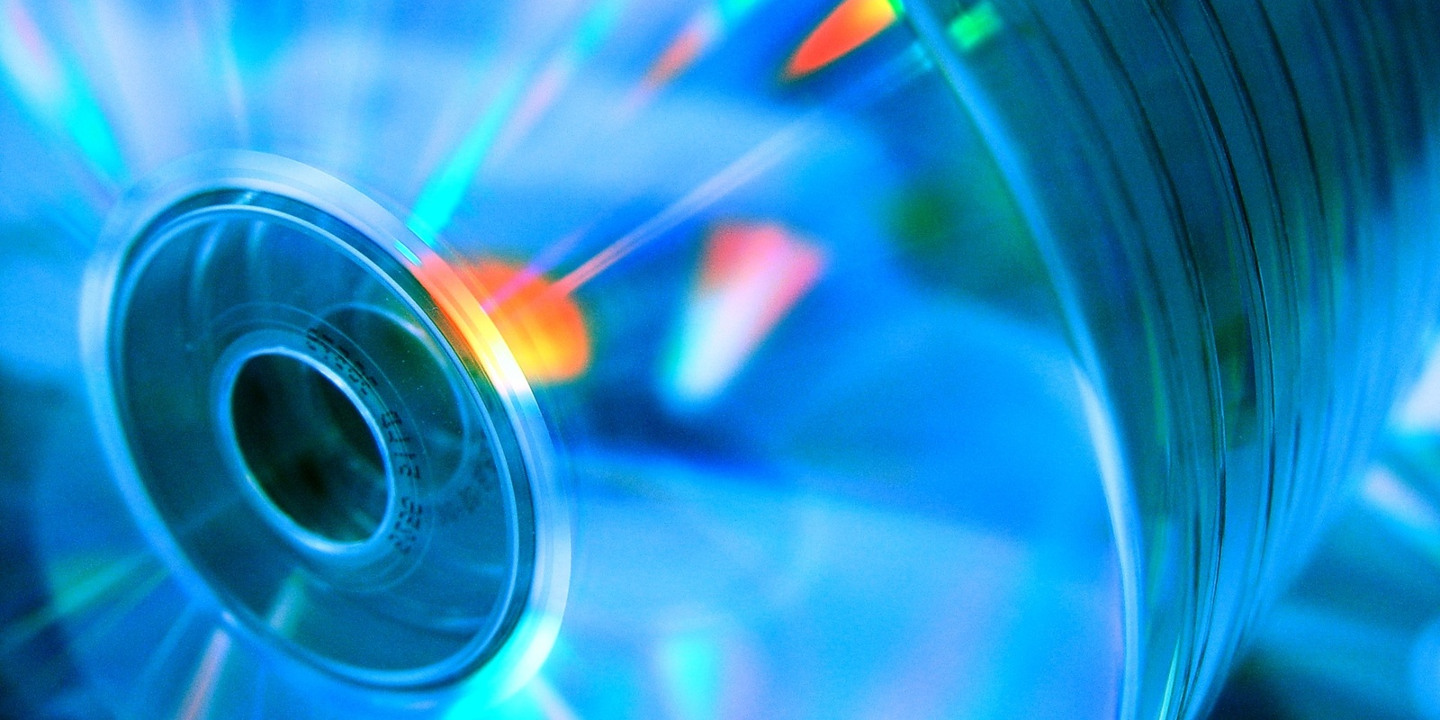 I got a few side-projects in production, a majority using Docker containers. Who says production also says data backup. Here is a post describing how I regularly upload my database dumps directly from a Docker container to Amazon S3 servers.

First step is to create a dump of our database. Let’s consider we have an awesomeproject_pgsql container:

After setting a few configuration variables to ease re-use of this script, we execute via the docker exec command a dump of our PSQL database. For a MySQL one, process would be quite the same, just replace pg_dump by mysqldump. We put the dump into the container /tmp folder.

Note the sh -c command. This way, we can pass a whole command (including file redirections) as a string, without worrying about conflicts between host and container paths.

Database credentials are passed via environment variables. Note the \ inside the Docker shell command: it is important as we want these variables to be interpreted in the Docker container, not when host interpret the command. In this example, I’m using the official PostGreSQL image from Docker Hub setting these variables at container creation.

I generally keep my data backups for a week. You should then have 7 days to detect some data anomalies and to restore a dump. Some developers prefers to keep another backup per month, but except in very sensitive environment, data are too outdated to be useful. So, let’s focus on last 7 days:

The first command probably looks like voodoo. Let’s explicit it. First step, we go into the dumps folder. Note we need to repeat it on all following lines. Indeed, commands are executed each in their own sub-process. Thus, the cd only affect current command, on a single line.

The (ls -t | head -n 7 ; ls -t) command is a parallel command. We actually execute two different commands at the same time, to send their result on the standard output. We list (ls) our files by modification time (-t), newer first. We then keep the 7 first lines (head -n 7).

In addition, we also display all available files. So, all files we should keep are displayed twice.

Finally, we keep only the unique lines, using uniq -u, and rm each result. The --no-run-if-empty is just to prevent an error when no file needs to be deleted.

As we pay Amazon depending of the amount of data stored on Amazon S3, we also compress at the maximum our dumps, using bzip2 --best. Even if prices are really cheap, it is always worthy to use a single command to save money, isn’t it?

Storing dumps on the same machine than databases is not a good idea. Hard disk may crash, user may block itself from connecting because of too restrictive iptables rules (true story), etc. So, let’s use a cheap and easy-to-use solution: moving our dumps to Amazon S3.

For those unfamiliar with Amazon services, S3 should have been called “Amazon Unlimited FTP Servers”, according to the AWS in Plain English post. It is used to:

Store images and other assets for websites. Keep backups and share files between services. Host static websites. Also, many of the other AWS services write and read from S3.

Of course, you can restrict access to your files, as we are going to configure it.

First step is to create a S3 bucket. You can replace bucket by hosting for a better understanding. So, log on your Amazon Web Services (AWS) console, and select S3. Then, Create bucket and give it a name and locate it.

Keep defaut values for all others parameters. We are now going to restrict access to our bucket creating a specific user.

This is the only painful step: creating a user with correct permissions to access our bucket. Indeed, our server script needs to connect on AWS. We can of course give it our own root AWS credentials. But, as it is safer to use a low-privileges account instead of root on Linux, we are going to create an awesomeproject user.

So, go on the IAM service (Identity and Access Management). On the left menu, choose Policies and create a new one from scratch. Give it a name, a description, and add the following content: 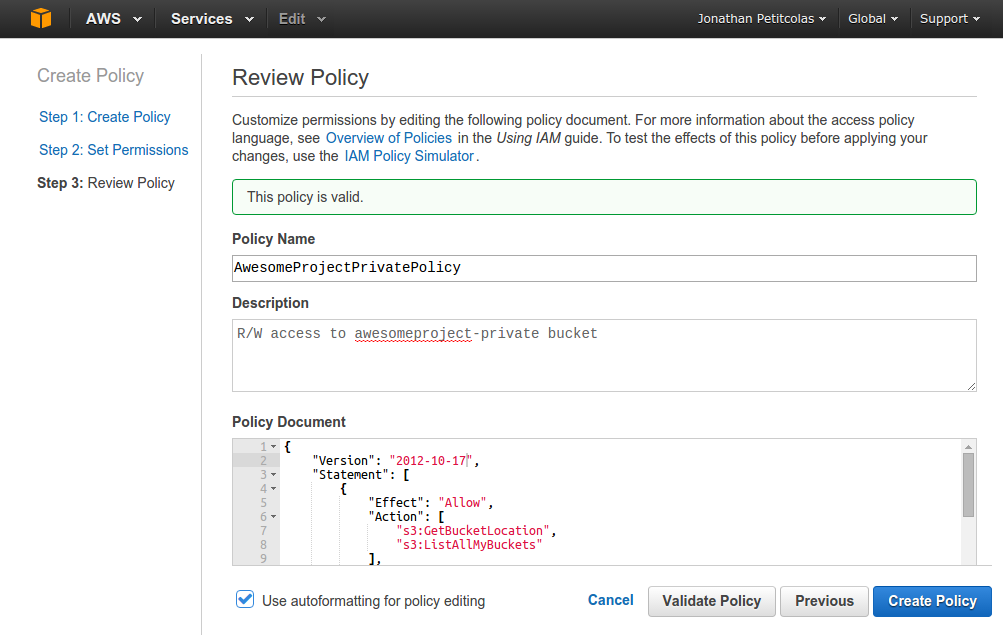 Validate the policy and create a new user (in the Users menu). Do not forget to save her credentials, as you will never be able to retrieve her secret access key anymore.

Finally, select the fresh new user, and attach it your AwesomeProjectPrivate policy. This cumbersome configuration is now completed. Let’s write our last lines of Bash.

Uploading our dumps on Amazon S3

To upload our files, we use the AWS-CLI tools. Installing them is as simple as:

After configuring user credentials through the aws configure command, we can complete our script with the following lines:

We synchronize our dumps folder (removing obsolete files) to our bucket. Do not forget to use a full path to the AWS binary. Otherwise, you may get some errors when launched from a Cron job.

For the record, here is the full script:

Finally, let’s cron our script to automatically save our data each day. Add the following file into /etc/cron.d/awesomeproject:

It launches the script every day at 11pm as awesomeproject user. Rather use absolute paths instead of relative one. It would prevent you from serious headaches.

We can now enjoy the security of daily database dumps. Great!