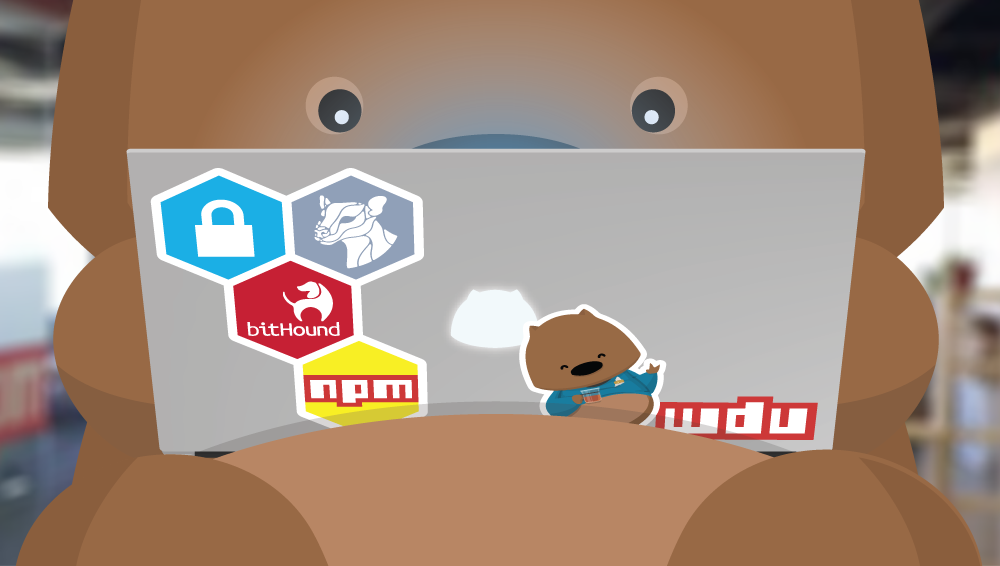 All Node.js developers have already used npm to install their favorite dependencies. However, far beyond the very famous npm install, npm offers a wide bench of available commands to ease our daily job. Most of them are unknown, so let’s enlight them.

The most famous command of npm is probably the install one. Following lines are two ways to install lodash:

Note the default alias at the second line. No need to write the whole install word, a single i is enough.

Yet, it won’t save the dependency in our package.json file, and thus, our co-workers won’t install lodash automatically at their next npm install. We can of course use the --save (or --save-dev) option, or be lazier and use their respective shortcuts: -S and -D:

npm has five types of different dependencies, each of them having a given purpose.

Development dependencies (attached to the devDependencies property) are dependencies which are useful only to developers. They are not required in production. Typically, we find here all testing related libraries (mocha, sinon, etc.) and module bundlers such as Webpack or Gulp.

Peer dependencies are a special kind of production dependencies. Declared as peerDependencies in the package.json file, they are dependencies required by the project in production, but not embedded directly in current module. For instance, in ng-admin, we have declared angular as a peer dependency. Indeed, this is a module for Angular, and we assume our final users would already have Angular configured in their own project. No need to duplicate source code.

Optional dependencies are another kind of dependencies stored in optionalDependencies property (we can install them using --save-optional flag). Imagine we want to give our users the ability to choose which rich text editor they can use. We can specify tinyMCE and Quill as optional dependencies. Then, in our code, just check which one is configured to embed features from one or the other:

Finally, the Bundled Dependencies (bundledDependencies property) is a particular type of dependencies. They behave like the normal production dependencies, except they are not installed from npm. This may be useful if we want to retrieve a private module without setting up a whole private repository. But, as we are using Git for all our projects, we can just use Git repositories instead.

Sometimes, we don’t want to use npm modules directly. Either we are maintaining a private repository, or are waiting for a critical branch to be merged, we can simply use Git repository URL directly in our package.json file:

We chose to use the di branch in previous example (the part after the final #). We may also have used a commit hash or a tag name.

If we are using GitHub, dependency URL may even be simplified to:

Sometimes, we may forget to include the --save or --save-dev option to our npm install, causing the “but it works on my machine” syndrom. To prevent it, just run a prune sometimes:

This command simply removes all dependencies that are not present in our package.json file. If we forget to save one of them, our project should not build anymore.

It may also be used in production. Imagine we are working on our deployment process, and that something broke. We are going to debug in production directly (even if we know it is bad). And we may sometimes make a standard npm install command instead of a npm install --production one. Not a big deal, but how can we clean up all unrequired development dependencies? Using the following command:

npm is shipped with two useful (yet quite unknown) commands: npm home and npm repo. These commands open respectively the project home page and project repository in our favorite web browser. This way, no need to google cumbersome GitHub + [repository name] anymore.

These two URLs are extracted from the package.json file. For instance, considering the admin-on-rest repository:

As you may have noticed during a failed production deployment, npm doesn’t strictly fix our dependencies version at npm install. It just fixes the major version, leaving the minor one upgrading. It leads sometimes to several headaches, as JavaScript ecosystem is not really rigorous about semver. We noticed it again when letting jquery-ui upgrade itself on one of our customer project: 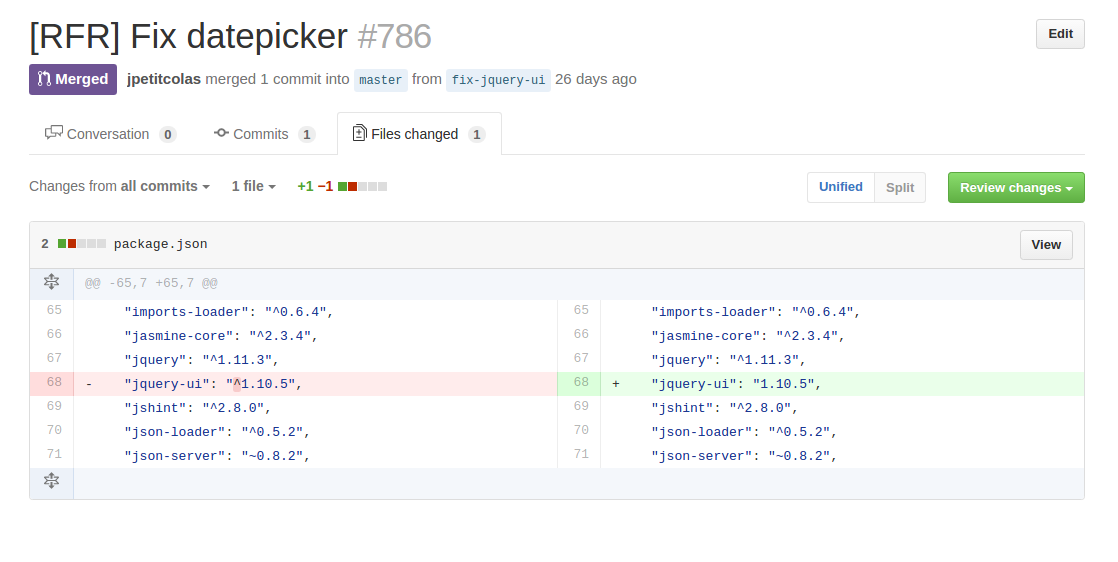 To better understand how to prevent this kind of issue, let’s check under the hood of npm versionning system.

There are three ways to define a dependency version in our package.json file:

Using fixed versions allows us to not spot minor regressions in production.

If we add new dependencies to our project and we want to fix version directly during installation, we’ll use the --save-exact flag:

Or, if we want to automatically save exact version without specifying this flag, we can configure our npm globally:

But how about existing dependencies?

Fixing Versions on an Existing Project

We need a more precise method to use real installed version. Getting the version of an installed dependency is as simple as:

Bash gurus may use esoteric command to retrieve version number. But, as I always forget how to write a simple for loop in Bash, let’s use simple JavaScript instead:

We take profit of JSON format of package.json to parse and manipulate it in pure JavaScript. Code should be self-explained. Note however the third argument of JSON.stringify on the last line, which allows us to beautify output JSON, using 4 spaces for indentation.

We handled our dependencies the home-made way. However, there is a dedicated command to deal with them correctly:

This command creates a npm-shrinkwrap.json file, which is the equivalent of composer.lock in PHP. It contains a snapshot of currently installed dependencies. npm install takes this file in priority when installing dependencies.

It sounds like the perfect solution for our versionning issues. Yet, it has several drawbacks, making it sometimes unusable in production. Two main issues are the lack of Git dependencies support, and that it may be lossy and create not reproducible output. We encountered several issues using shrinkwrap and so decided to not use it anymore.

I didn’t take a look on Yarn, the npm alternative for now. But it promises to fix all these issues.

In a single glance, we have a map of all efforts we need to bring to be up-to-date. Generally, minor version are painless to upgrade. Updating all our dependencies on a regular basis (twice a month?) is a good practice. It would cost a few hours per month, but would be far cheapest than being forced to update a major version because of a production blocking issue.

Even if we don’t initialize a new project every day, we can configure some parameters asked during npm init using the following commands:

We should always be grateful to all project contributors. They spend some time to contribute to our project, either by creating an issue or, even better, by submitting a pull request. We can thank them at least by respectively solving their issue, or adding them in the contributors list. Automating the first case is far beyond the scope of this post, so let’s focus on the second one.

package.json file contains a contributors property as an array of developer names (and eventually email addresses). We may fill this field manually, gathering all commit authors from a git log list. But, we are developers, and prefer automatize cumbersome tasks. And so does doowb thanks to his update-contributors script (working only with GitHub).

Installing it is as simple as:

Finally, we just have to call this freshly installed script to update our package.json file: